Armenian is a separate and independent branch of the Indo-European language family. Similarly to related Iranian, Greek, Balto-Slavic, Germanic, Italic and other language branches of this family, Armenian also, after separating from the protolanguage (circa. 4-3 millennia BC), took an individual path of development, during different eras and historical and political stages interacting directly or indirectly with various other languages (both in and out of the same group). It is due to such relations that in different periods loanwords from Urartian, Iranian, Assyrian, Greek, Georgian, Arabic, Latin and other languages appear in the Armenian vocabulary. In fact, the majority of loanwords in Armenian come from Iranian languages (according to H. Acharian, before the 11th century there were 1405 word or stem borrowings from Iranian languages, see [1]) that even led to attempts to classify the Armenian in the Iranian branch of languages. Nevertheless, German Armenologist J. H. Hübschmann (1848–1908) proved that Armenian is an independent language in the family of the Indo-European languages, classifying also the groups of Iranian loanwords in Armenian (see [2], [3], [4]).

“Armenian is a separate and independent branch of the Indo-European language family. Similarly to related Iranian, Greek, Balto-Slavic, Germanic, Italic and other language branches of this family, Armenian also, after separating from the protolanguage (circa. 4-3 millennia BC), took an individual path of development”. 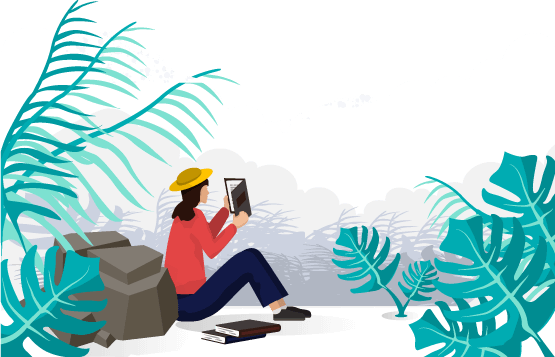 Development of the Armenian language can be divided essentially into two periods, namely before and after the invention of the writing system. The pre-writing period with its various stages comprises of separation from the Indo-European protolanguage up to end of the 4th century and beginning of the 5th century AD. There are pictograms and various artefacts in other languages due to different historical and political factors in the Armenian Highlands, that survived from this period. In particular, the written artefacts appear in cuneiform, Aramaic, Assyrian, Greek, Latin. Research confirms that during the period preceding the creation of writing system particularly Greek and Assyrian had widespread adoption in Armenia, and were apparently in use for ceremonies at royal courts, for religious rites, etc. It is assumed also that before the adoption of Christianity in Armenia, hieroglyphs were used as well: these were being employed by priests in temples.

The writing period of development of the Armenian language emerges at the beginning of the 5th century with the creation of Mashtotsian’ alphabet. At that, it should be noted that the Armenian alphabet created in the 5th century was reflecting the phonemic image of the Armenian language of the period, as the creation of the alphabet by St. Mesrop Mashtots (c. 362 - 440), was based on phoneme (linguistic utterance) - letter (sign) correspondence.

Mashtotsian alphabet comprises of 36 letters whose ordering is based on the Greek alphabet (cf. α, β, γ, δ, ε - ա, բ, գ, դ, ե, etc). The artefacts survived to our day are exclusively in uppercase letters, which go under the name erkat‘agir (compound noun, erkat (iron) - gir (script) ). Taking this fact into account, researchers assumed that Mashtots introduced only erkat‘agir script, while minuscule letters, otherwise known as bolorgir (i.e. round-script), are a product of further development and stenography. Erkatagir was in widespread use from 5th to 11th centuries, while the employment of bolorgir activated starting the 12th century. From the 16th century onwards a new type of writing-script named notrgir (from notarius (Latin) and script), becomes frequent in manuscripts. In a later period of 18-19th centuries šłagir (i.e. cursive-script) was used as well. This partition into periods, however, is conditional, since bolorgir, in its ancient forms, appears as early as the 7-11th centuries, forms of notrgir are present in Armenian written records of 13-14th centuries. Erkatagir has been in use, especially in lithography reaching our days.

The scientific research into Armenian writing forms started at the end of the 19th century. A significant contribution in this quest comes from father Hakobos Tashcyan of Vienna's Armenian Mekhitarist Congregation with his work “A remark on the Armenian Paleography“ (see [5]).

Classical Armenian, commonly referred to as Grabar, is the earliest phase of the development of the written form of Armenian, that according to traditional classification spans the 5-11th centuries. Within this era, two stages are distinguished, namely the core classical or the golden-age Armenian (5th century, Mashtotsian period) and post-classical Armenian (post-Mashtotsian period). Grabar is presented to us with its spelling, phonetics, word-formative, grammatical and syntactical rules, robust systems of declension and conjugation, as well as rich vocabulary.

Invention of writing system is immediately succeeded by creation of Armenian translated and independent literature. The first sentence written in classical Armenian is the translation of the 2nd and 3rd issues of the first chapter of the “Wisdom of Solomon”, as Koryun the student and biographer of Mashtots testifies: “... And thus began the translation of the Bible, first, the Proverbs of Solomon, which begins with an exhortation to seek wisdom: “To recognise wisdom and guidance; to know the creations of the greats.” ”.

Rich bibliography created in Grabar encompasses all directions of medieval sciences, namely historiography, theology, natural sciences, texts on rituals and divination, etc. These writings serve as an important source of research for not only Armenian but for world art and history.

The translation movement originated at the beginning of the 5th century continued during the entire medieval ages. A number of works of world literature have survived only in Armenian translation. In particular, it is only in Armenian we have the “Chronicon“ of Eusebius of Caesarea, a prominent church figure and theologian of the end of the 2nd century and beginning of the 3rd, as well as the writings of Zeno of Citium (c. 334 - c. 262 BC) “On Nature“. A list of texts, while being also known thanks to translations in other languages, nonetheless the Armenian translations quite often enrich and add valuable versions inviting by so the attention of Armenian and foreign researchers.

Thanks to the newborn literature, starting the 5th century, classical Armenian got enriched with various words and word-forming particles expanding the vocabulary of Armenian and its word-forming capabilities. It was largely facilitated by the translation literature. From this perspective, classical Armenian was mostly influenced by Greek. In this period, the Armenian was not only expanded by loanwords from Greek, but also by word-forming particles, suffixes in particular. In addition to this, new words are being formed by translating separate components of Greek words (word-copying). It is remarkable, that part of these words such as ապացույց “apac’uyc’” (proof), տարբեր “tarber” (different), ներկա “nerka” (present(now)), մականուն “makanun” (nickname), ստորագրություն “storagrut’yun” (signature), etc are still in use in the Armenian language. This influence period is known as Hellenistic Armenian. Among the eminent representatives of the Hellenistic school are historian Movses Khorenatsi, philosopher David the Invincible, and others, whose writings contain many words and word-forms created following the Greek influence.

In the post-classical period (7-11th centuries) Armenian had gone through several changes: grammatical parallel forms appear along with the classical forms, various dialectical manifestations gradually become noticeable. This eventually led to the formation of a new period in the language's development, known as Cilician or Middle Armenian (12-16th centuries).

Of course, weakening of Grabar's position since the classical period is determined on one hand by a natural course of the language's development, and on the other hand by an absence of statehood which in itself presumes degradation of the language status. It is not by chance that the next stage of the development of Armenian got the name Cilician Armenian after the Armenian Kingdom of Cilicia.

Despite the fact that we cannot talk about the development of Grabar in the post-Grabar stages of Armenian (Cilician or Middle Armenian, early stages of Modern Armenian, Modern Armenian), Grabar, nevertheless was not pushed out of the language. With some modifications Grabar was used in Armenian literature up to the mid 19th century, many historical, theological and literary texts are written in Grabar. Grabar gave away its status and was dropped out of application (not counting fragmental usage) as a result of enlightenment movement formed during the 19th century.

For the development of a scientific basis of Grabar, publication of writings of Armenian authors, as well as collecting and organizing Grabar's vocabulary the contribution of Mekhitarist Congregation is indisputable. It is due to the Congregation's agile efforts that research on Grabar has been set on a firm ground since the 18th century.

In our days Grabar's spread and applications are quite limited. It is part of special courses in universities and a few schools. There is also a specialized research on Grabar.

Grabar is the language of all types of ceremonies of the Armenian Apostolic Church.

Original article in Armenian by Khachik Harutyunyan - Ph.D. in Linguistics, senior researcher at the Matenadaran